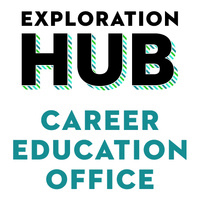 Stop into Mary Fisher between 12-2 pm to learn about employment opportunities with Councilman Eric Costello.

As a member of the City Council, Eric works tirelessly on behalf of our residents and local businesses. He continues to use his U.S. Government Accountability Office (GAO) auditing experience to ensure Baltimore City taxpayer dollars are used as efficiently as possible and treated as the precious resource that they are."

Learn more about interning with the Councilman at Wednesday's tabling!