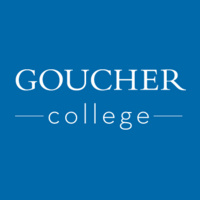 Jesse J. Holland, M.F.A. '12 is the editor of the short story anthology Black Panther: Tales of Wakanda, from Marvel and Titan Books, the first prose anthology featuring the Black Panther and other characters from the world of Wakanda. He is the author of Black Panther: Who Is the Black Panther?, which was an NAACP Image Award Nominee for Outstanding Literary Work – Fiction. He is also the author of The Invisibles: The Untold Story of African American Slaves in the White House, Star Wars: The Force Awakens - Finn's Story, and Black Men Built The Capitol: Discovering African American History In and Around Washington, D.C. An award-winning journalist and author, Jesse is the Saturday host at Washington Journal, C-SPAN. Currently he is the Assistant Professor of Media & Public Affairs at The George Washington University. Jesse earned a bachelor’s degree from the University of Mississippi, a master’s degree from Goucher College, and was awarded a doctorate of humane letters from LeMoyne-Owen College. Eastern Time Zone.