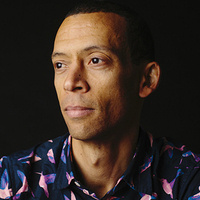 Kawai Strong Washburn was born and raised on the Hamakua coast of the Big Island of Hawai’i. His first novel, Sharks in the Time of Saviors, won the 2021 PEN/Hemingway award for debut novel and the 2021 Minnesota Book Award; it was also longlisted for the 2020 Center For Fiction First Novel Prize and was a finalist for the 2021 PEN/Jean Stein Book Award. Former US President Barack Obama chose it as a favorite novel of 2020, and it was selected as a notable or best book of the year by over a dozen publications, including the New York Times and Boston Globe. It has also been translated into eight languages and counting. Washburn lives with his wife and two daughters in Minneapolis.