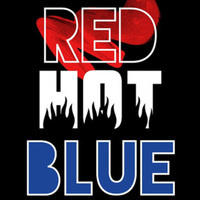 Red Hot Blue (aka RHB or Rho Eta Beta) is a non-profit, coed a cappella group at Goucher College in Baltimore. Our group was formed in 1991 by Nicole Tomassini who wanted to unite the school's newly formed co-ed population while addressing the growing AIDS/HIV crisis in Baltimore and beyond. Since then, RHB has been actively addressing the AIDS/HIV epidemic through a cappella music, educational programming and promoting awareness of the AIDS/HIV cause. We are involved with charities and clubs on our own campus, throughout Baltimore, and in locations as far away as South Africa. We traveled and performed in many cities, including Washington D.C., New York City, Boston, Philadelphia, and numerous college campuses up and down the east coast.

This event content is powered by Localist Event Calendar Software.